Intrigued by hieroglyphic symbols of ancient cultures, in 2019 I carved a series of stone discs inspired by mid-Neolithic to early Bronze Age people living between the Danube river valley and the Mediterranean from 5200-1200 BCE.

According to archaeologists, their societies and surroundings were bequests of a Mother Goddess who governed all aspects of their lives. The hieroglyphs they carved are found on dwellings, temples, tombs, pottery and sculpture. They are components of a complete ideological system that survived well into the early Christian era.

In 2020, I extended my exploration of symbols to the anthropomorphic “Bird Goddess” figures unearthed where the carvings that inspired my disc sculptures were found.  As a modernist sculptor, I am intrigued by how “modern” these ancient artifacts appear. Their simple shapes convey messages that evoke emotional response to the rhythms of life: birth, death and regeneration.

In carving this set of Bird Goddess sculptures, I let my imagination wander to a point where symbols and shapes were assembled cross-culturally to suit my personal aesthetic.   I have given each a name used by people living today near the sites where the artifacts were found. 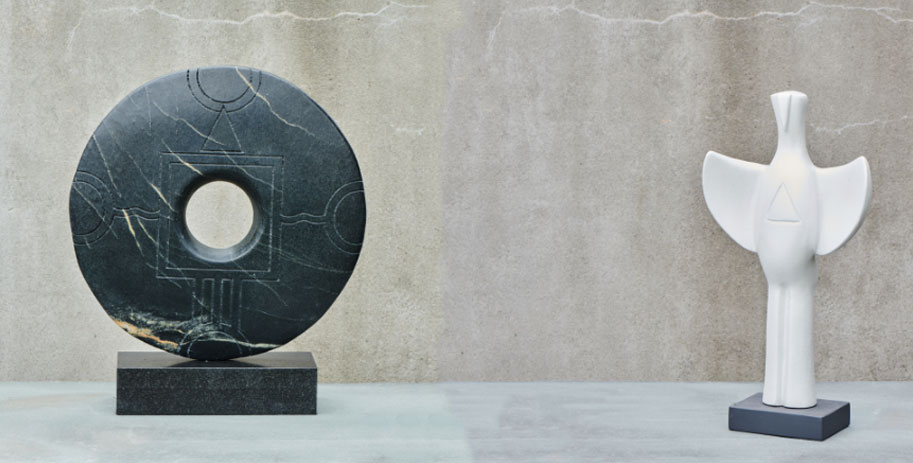 REGENERATION
This mandala evokes the lunar cycle and regenerative role of the Goddess in the cycles of birth, death and rebirth. 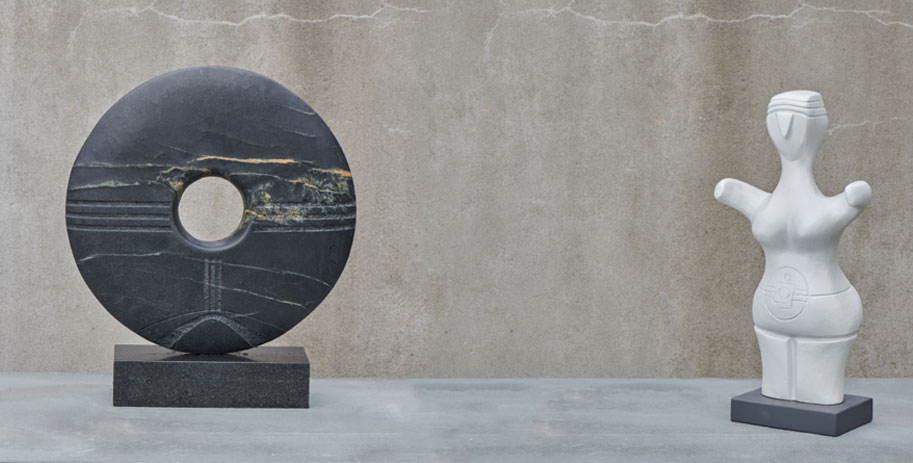 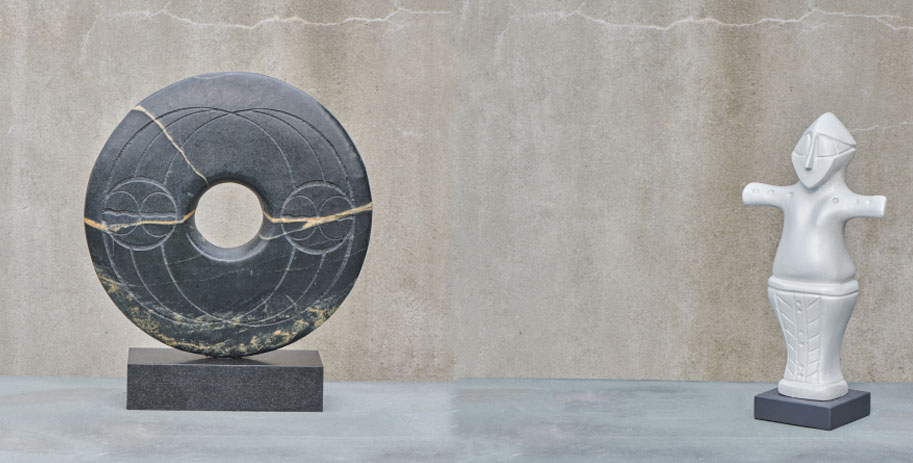 FERTILITY
Snakes winding across double eggs symbolize nuclear life force and coming into being within a swirling cosmos. 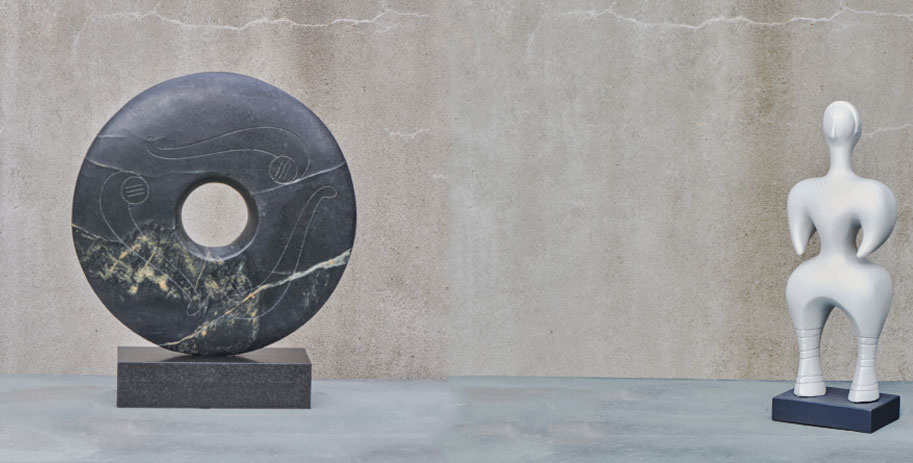 VIRILITY
These snake-like figures represent the Old European notion of the life force of the Goddess. The triple lines represent water. 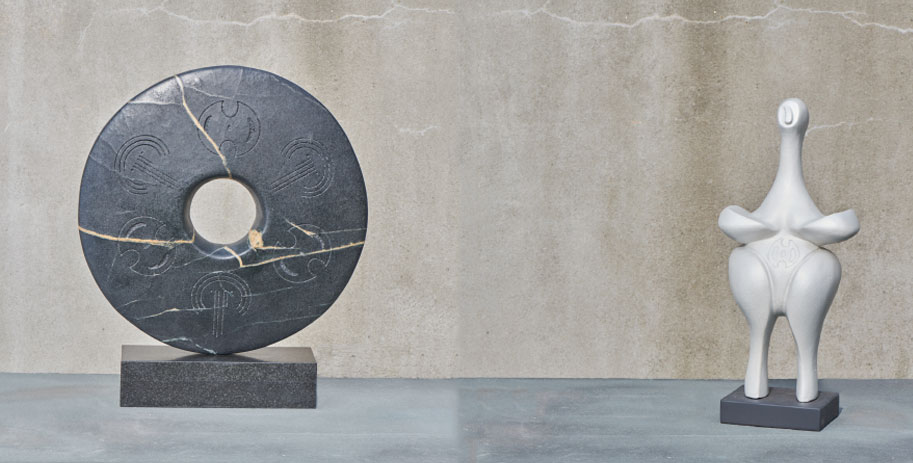 TRANSFORMATION
The owl, as prophetic bird and messenger of death, contrasts with the butterfly, a symbol of self-renewal and transformation. 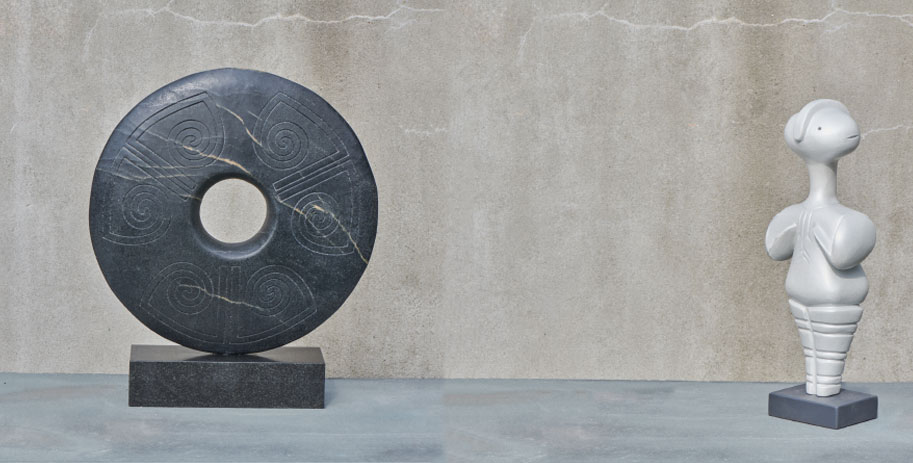