Although damaged during excavation, Lespugue has the most pronounced features of all Upper Paleolithic goddess figures. Marija Gimbutas noted how “this extraordinary mammoth ivory sculpture conflates breasts and buttocks into a zone of eggs circling the figure’s middle.” Lespugue was considered to be the “quintessential female form” by Picasso, who reportedly had two castings of her in his studio. Evidence of a skirt of twisted fibers at her back is the earliest example of spun thread ever found. 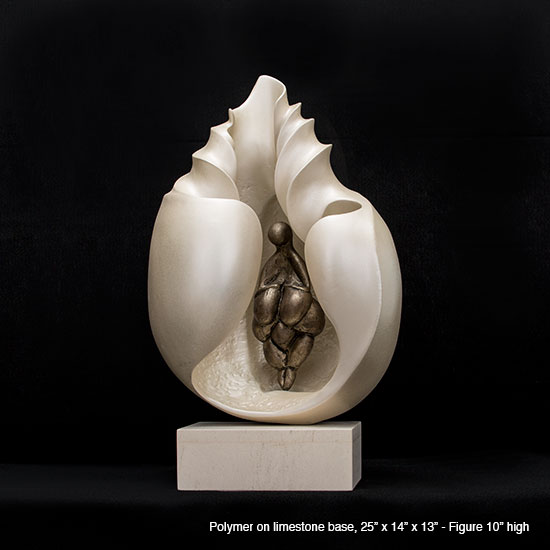 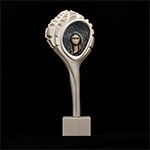 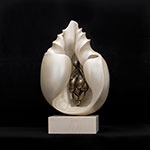 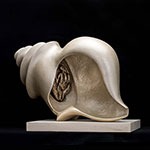 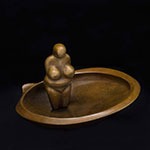 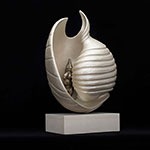 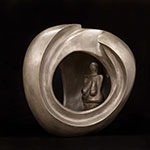 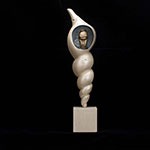 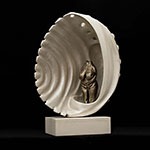 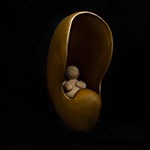 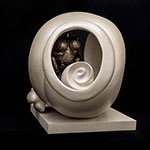 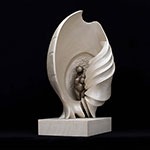 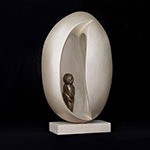